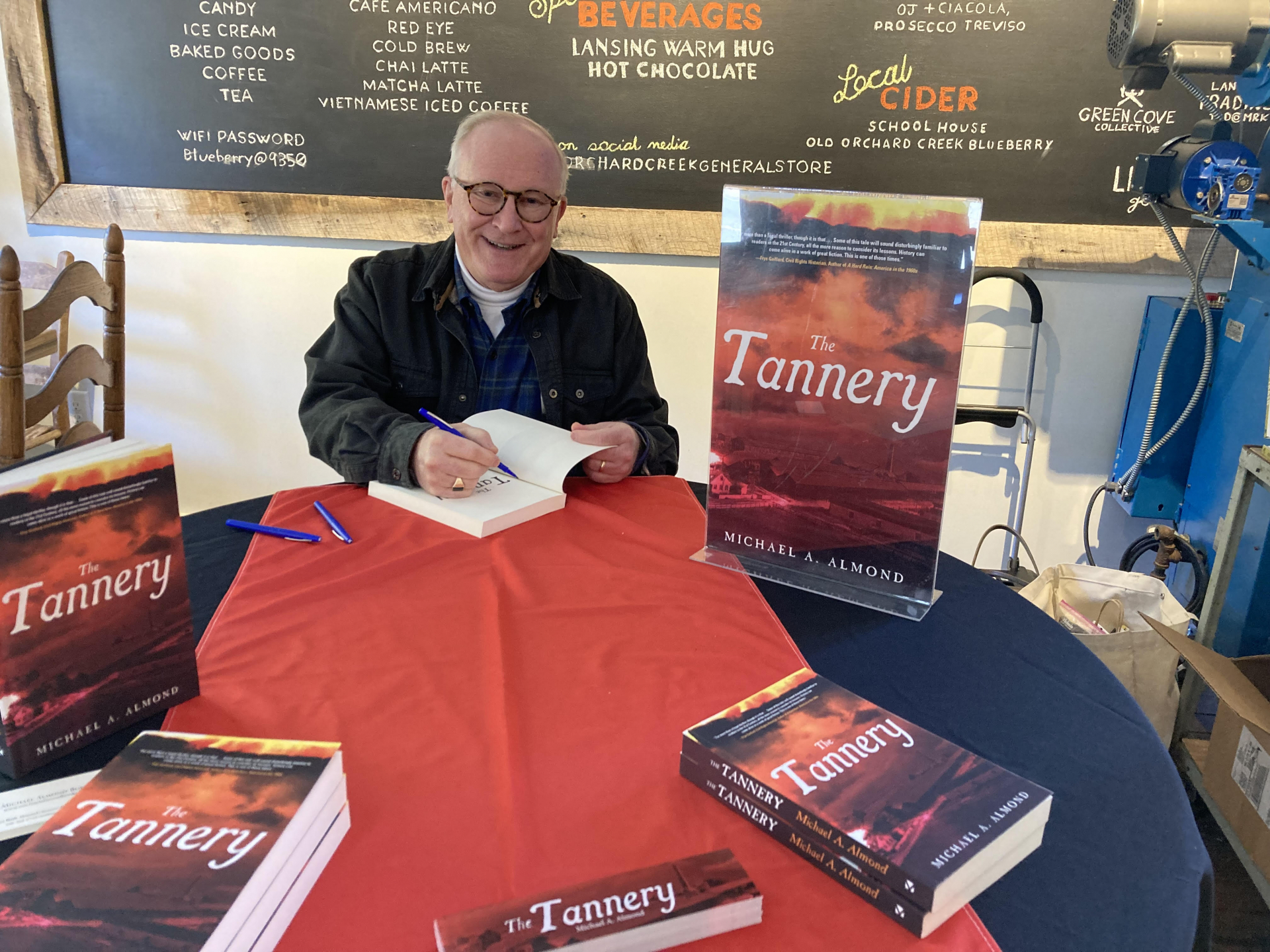 Michael Almond author of The Tannery

Alice Gerrard is recognized in our local Blue Ridge Music Hall of Fame at Wilkes Heritage Museum and is a talent of legendary status. In a career spanning some 50 years, she has known, learned from, and performed with many of the old-time and bluegrass greats and has in turn earned worldwide respect for her own important contributions to the music.

Alice is particularly known for her groundbreaking collaboration with Appalachian singer Hazel Dickens during the 1960s and ’70s. The duo produced four classic LPs (recently reissued by Rounder on CD) and influenced scores of young women singers — even The Judds acknowledge Hazel and Alice as an important early inspiration.

A film about her life and music, You Gave Me a Song, will be shown in Wilkes Heritage Museum at 6:30 p.m. on October 25.  This project is made possible through a grant from NC Department of Natural and Cultural Resources, a part of their “She Changed the World: NC Women Breaking Barriers” project.

At 84, old time music pioneer Alice Gerrard performs, teaches, and inspires the next generation while safeguarding memories from her groundbreaking past. This is one woman’s story of being   traditional, never conventional.  This is a film about getting older, but never giving up.

Following the viewing of this amazing documentary, produced by Kenny Dalsheimer of Groove Productions, Alice will be available for a Q&A session and will perform a few favorites.

Michael is most recently known as the acclaimed author of The Tannery, his debut novel, based here in Wilkes County.  Released one year ago, Michael returns for a visit to Wilkes County to discuss this book and reflect on his journey as a published author.  You can meet Michael and purchased autographed copies of his book at Wilkes County Public Library.  Join us in the library at 5:30 p.m. on October 27.

The Tannery is historical fiction at its best, a murder mystery and legal thriller whose twists and turns will hold readers’ attention to the final page.  Meticulously researched, this page-turning debut novel transports readers to another time and place, the story unfolding in the turbulent world of Post-Reconstruction social, political, and racial conditions in North Carolina and throughout the South.  Reflecting issues prominent in today’s headlines, themes of Black voter suppression and intimidation, White Supremacy campaigns, the Wilmington Massacre of 1898, the violence and depravity of the Red Shirts and vigilante terrorism, and the rise of Jim Crow drive the narrative to its dramatic and surprising conclusion.

You Gave Me A Song
More in this category: « Celebrating Banned Books Essay/Art Contest 1st Annual Marathon Jam and Library Programs to Honor Military Veterans »
back to top